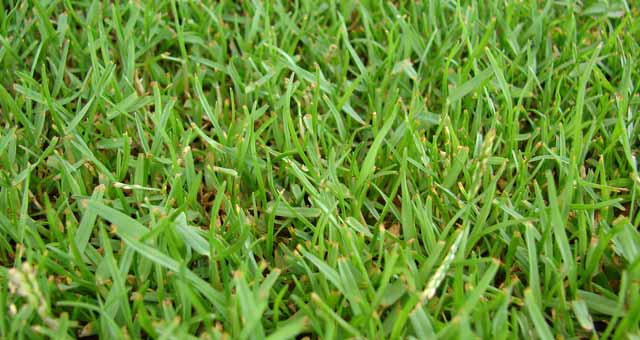 Zoysia grass is a beautiful, tolerant grass with a lot of features that make it the go-to grass for most lawn owners. Despite these good features, there are problems associated with different types of Zoysia grass. Here we are going to take a look at them while getting some tips on dealing with them.

Though zoysia faces fewer problems than other grasses, the number is not too small. Here in this article, we will discuss the most common problems of zoysia grasses:

Zoysia grass can be very invasive grass. There is a reason you can plant sods and you do not have to seed the lawn and it’s because zoysia grass has the tendency to crowd out other grass species in the lawn. It may even go as far as entering your neighbour’s lawn or even your flower bed.

This means that whenever there is damage as a result of wear and tear to your zoysia grass lawn, it will take a long time before it grows back.

The Zoysia grass is a grass you will want to have for life and quite literally it is so. The difficulty of removing this grass from your lawn makes it problematic for lawn owners who may want to change the grass on their lawns.

One disease the Zoysia grass is prone to be the patch disease, which kills the grass but first give it a brown colour as it is dying. Another important fact about the zoysia grass is that it is prone to thatch problems which occur when undecomposed organic matter accumulate above the topsoil of your lawn. While the grass will require less mowing than other grasses, you will have to do more thatch control, which significantly requires more labour.

While the Zoysia grass has a lovely green colour that is beautiful to behold in the warm seasons, its color can quickly change to brown at the slightest change in weather to a cold season. The brown colour is a sore sight for lawns.

This zoysia disease occurs during warm days and cool nights. It is caused by very dry conditions and poor fertilizer application. Leaf spot develops small abrasion on grass blades with clear patterns. A close look at the spotted areas of zoysia grass leaves that are dying will oftentimes be necessary to determine its actual presence.

Rust in grass often develops during cool and moist conditions. This disease shows up like an orange, powdery-like substance on zoysia grass leaves. It can be treated by using fungicides and proper disposal of zoysia grass leaves after mowing.

Zoysia grass is a highly competitive grass, spreading quickly during the warm weather but it doesn’t compete well in shade or cool weather. Cold-season grasses and weeds invade the turf when the zoysia grass is dormant during the cold season. Low light as a result of shade will lead to a weak, sparse turf, and limited moisture will trigger dormancy. This competition causes brown zoysia grass and green competitors in cold months to be visible in the lawn, and green zoysia mixed with dormant cold-season grasses in summer.

Winter-like dormancy can occur during the growing season as a result of excess heat. Overheated zoysia grass will turn dull brown making them dormant when they should be rich green. This may result in the death of the grass. During periods such as these, lawns must be watered to keep dormant zoysia grass alive. There should be a balance in watering also as excessive watering may result in disease outbreak which can also kill the grass.

Insects such as chinch bug cause damage in the hot, dry summer months and their effect closely resemble that caused by drought. The affected areas are solid and usually, start on one side of the lawn and moves to other parts of the lawn as the population of chinch bugs increases and moves. The damage caused is most severe along the lawn boundaries. The hunting billbugs are also another insect that affects the Zoysia grass. They bore into the lower stem of the grass and make the grass easily pull out of the soil. It can be detected by the yellowing of the grass which later turn brown and die.

Tips for Dealing With these Problems of Zoysia Grass

Though your zoysia grass is relatively tolerant and versatile paying close attention to its care will help prevent any of the problems listed above. And when problems do arise you have a guide to aid you in getting rid of them.